It is important to note that the Chesapeake Bay and many of its tributaries were a reef, much like a coral reef found in tropical and subtropical waters.  The difference was the organism that filtered the waters were oysters.  It has been said that oysters at one time filtered the entire bay in 3 or 4 days.  In his journal, one of the traveling companions of John Smith, in his exploration of the Bay said, he could see oysters on the bottom in 15 feet of water 30 yards off shore.  The water was incredibly clear.  According to folks who were involved in an excavation of an indian site along the Bay, the most abundant fish bones found were those of sheepshead.  Sheepshead is a fish, although sometimes found in the bay, much more often are found near wrecks offshore in the ocean.  They are reef fish.

The Mid-Shore Fishing Club (formerly MSSA Dorchester) has been building reef balls going on 15 years. This endeavor was started by our past President, Clint Waters, for whom the Cooks Point mari-reef is now named.  Clint was, in a large part responsible for getting the Cooks Point/ Clint Waters Reef approved and built.

The folks at Composite Yacht built fiberglass forms and our membership put them together, with heavy duty balloons (to create the interior spaces).  The concrete plant on Rt. 16 in Cambridge, Chaney Enterprises, allows us to use their property for the reef ball construction.  As we form and reform each ball and prep them for concrete,  Chaney will have their truck  drivers place left over concrete in our forms.  They will give us a call when they are full.  In a few days we will strip the forms, place the new reef balls off to the side and reassemble the forms for the next batch.  When enough reef balls are constructed, providing the funds are available, the balls are transported to Horn Point Lab and/or Shady Side where they are impregnated with oyster spat.  Once the spat are established, the reef balls are taken to the site of the mari-reef and deployed.  The last 45 reef balls we built, were shipped to Shady Side (in conjunction with CCA) and were covered with spat and then deployed just west of Poplar Island.

What is a reef ball?

Where are reef ball located in the Chesapeake Bay?    This link will take you to general locations, coordinates, and a discussion of the Clint Waters Reef (formerly Cooks Point.) 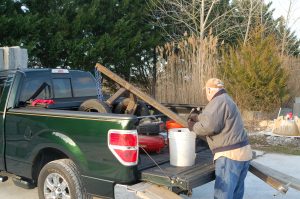 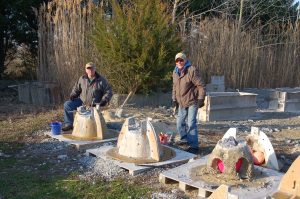 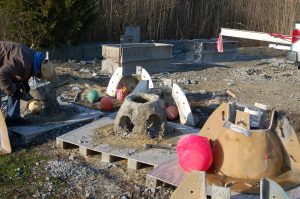 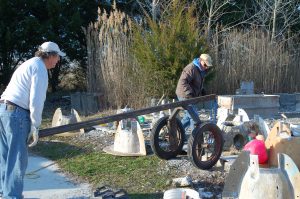 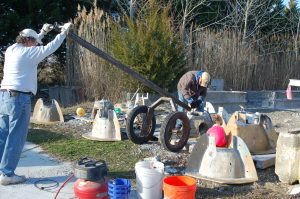 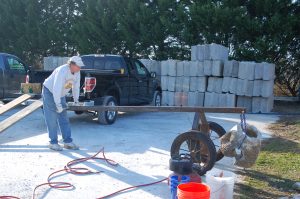 On site Photos at Cook’s Point 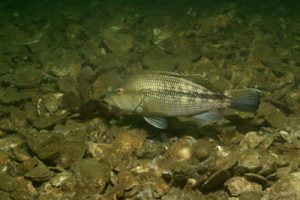 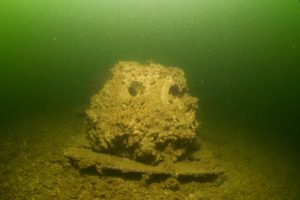